Re-Instate is a charity working to improve employment opportunities, quality of life and well-being for disadvantaged people including people experiencing mental ill health, people with learning disabilities and young people. A key part of the vision for Re-Instate is the provision of employment services that build sustainable recovery for people experiencing mental ill-health.

Re-Instate Board of Trustees

Ben Sigsworth - Chair of the Trustee Board 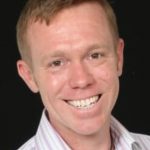 I attended Grammar school locally where I spent the majority of my time on the sports field. I then headed for the City where I became involved in equity trading. This gave me the opportunity to move to Sweden to work as a local broker servicing large UK Equity Institutions. Following 12 years of trading equities and  their derivatives I went to study a foundation year for primary  education at Durham university. I have gained my C & G in Intensive Plastering, IAB Level 2 in Bookkeeping and tutored children for their 11+/common entrance exam. I am now back in full time education working toward a BA in primary education with Qualified Teacher Status.

I have been aware of disabilities, both mental and physical, for as long as I can remember. My Mother is a retired Special Needs teacher of some 20 years and my Nana was a double amputee. This gives me a first-hand insight in to the challenges that face some members of society and became very aware of the need for them to have unique and individual specific support. In addition I have first-hand experience trying to support/cope with a family member with a severe mental health diagnosis.

Trustee of the Board

If you are interested in supporting Re-Instate as Trustee of the Board, we would love to hear from you. 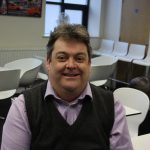 I was born and raised in Darlington, County Durham. After completing a Business degree in Hull, I moved south to Erith and joined The McNaughton Paper Group as a Buyer. I stayed there for 19 years, becoming Purchasing and Supply manager in 1998. After 2005, I began to lose my sight, and was registered blind in 2008. I joined the staff team in June 2013. I am trained in Mental Health First Aid and IPS. After three years as Head of Employment and Skills, I became CEO of Re-Instate in September 2018. 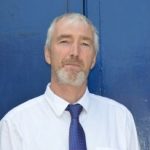 I hail from South East London. After more than 30 years spent at Associated Newspapers in a variety of roles, before being made redundant in 2012. After a number of short –term roles, including Self-employed sports coach, I started as a volunteer with Re-Instate, before being employed in the Social Enterprise, and then as an Employment Development Co-ordinator at the start of 2014. I have a fantastic family including a son and daughter who I’m glad to say active in sports and further education. I get great joy personally from encouraging others to develop and find those hidden skills that we all have. I am trained in  IPS, Job Retention and Advanced Job Retention. I have just started studying for a mental health qualification through Grimsby University. 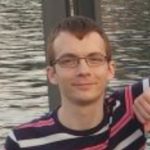 Born in North London, the family moved South of the River (and don’t we hear about it!!) when I was a mere toddler and I’ve lived around here ever since. Having found the job club really beneficial after a career break, and with everyone I met at Re-Instate being thoroughly lovely, I started asking if I could help out. Opportunities quickly arose and it seems I’ve been useful enough for them to want to keep me around! Yay!! Social Enterprise is not a concept I’d come across before, but one which seems to have the potential to greatly benefit all stakeholders involved. This is the first such environment I’ve found myself in, one that’s very interesting to observe, really enjoyable to work in and certainly an organisation I intend on remaining a friend of. 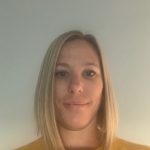 I have lived in this borough now for sixteen years, so I am very local and love this area. Before coming to Re-Instate I worked in a drug and alcohol service as a peer adviser helping individuals through the nine pathways into well-being. I have also worked in local food banks for two years and as well as a mentor for St Columbus School. I am very aware how mental health can affect individuals and have become very passionate about working in this field.

I did not pay attention to learning in school, but later in my life I started getting into education and doing various things to develop my skills and knowledge. I am a firm believer that it is never too late to change career paths or educate yourself. 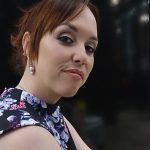 I started working for the NHS in 2007 and eventually moved into working in South London and Maudsley hospitals initially as a ward clerk before moving on to become a Business Manager. After a brief stint working in the city as a PA I eventually took time out to have my daughter and be a stay at home Mum. Whilst thinking about getting her a place in nursery I found Re-Instate were looking for a PA and with my experience working within mental health services I just couldn’t let the opportunity pass me by! 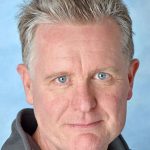 Steve is a Dubliner born and bred who came to London in 1998 to do a three week course but never returned to his native land.  He then met his wife and settled with his family in South East London which he is now proud to call home.  After twenty years working as an actor and acting teacher, Steve moved into talent management and has spent the last twelve years working in recruitment for the arts sector in London’s West End, representing performers for work in theatre, TV, film and commercials. He also runs his own theatre school in Lee, London working with children, young people and adults ranging from ages 4-20.
Steve gained a first-class honours degree is Psychology in 2019 and is now working towards an Msc in Therapeutic Counselling with Greenwich University. The Masters is accredited by the British Association of Counselling and Psychotherapy.
Steve is delighted to be working with the team at Re-Instate.

I was Born is Greenwich then moved to Thamesmead when I was five. The school I went to was Woodside and I enjoyed my time there. After school I went to Bexley college to study child care, and painting and decorating. I have worked as an office cleaner and in a recycling centre. I enjoyed gymnastics, swimming and shopping (the shopping I still do).

I was introduced to Re-Instate via college to help boost my self confidence and engage with the wider community,  but I was aware of it before. I have been volunteering at the hub before being offered a paid placement. 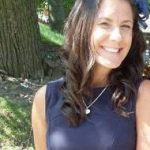 I am a local girl, raised in and around Bexley. I have been together with my Husband for 20 years and we have four grown up children. I have a French bulldog called Louie who is my surrogate son. I joined the Re-Instate team in July 2014 and I now oversee Re-Instates new Community Hub and Social Enterprise .I support Basils refreshment centre team named after Re-Instates founder ‘Basil Huett’. I co-ordinate the Living Well Project, which supports our clients with learning disabilities into work, training and volunteering roles. I have qualifications in Mental Health, Health & Social Care, and working with people with learning disabilities through the Grimsby Institute, and I am trained in Individual Placement and Support (IPS), a model of supported employment. 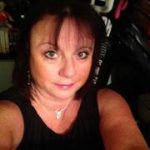 I spent my childhood in Lewisham, South London until I married and then moved to Erith. I completed my AAT Accountancy Qualifications whilst working as a  Finance Manager. I heard of Re-Instate through my neighbour and started volunteering in my spare time. My love for the organisation developed and it was in May 2014 that I joined as a staff member as the Company’s Book-keeper. 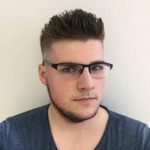 I have lived in the Bexley area my whole life. Five years ago I undertook an internship with Re-Instate for six weeks. At the end of this experience, I was offered the opportunity to build my career as an apprentice. In the following year of 2016, I completed my apprenticeship and earned a Level 2 in Business Administration. I successfully interviewed for a full time position within Re-Instate’s Employment Team, as an Employment Co-ordinator, and gained a number of occupational and healthcare qualifications, chiefly in IPS. Through Re-Instate I have grown professionally and built new connections with the community as a whole 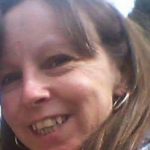 I grew up in and around Greenwich. I spent a few years working in London’s West End before moving to Scotland where I spent over nine years on the small Island of Benbecula. I am a qualified Holistic Therapist and my main area of interest is nutrition and well-being. I supervise Basil’s, our refreshment space and am studying with the Grimsby Institute for  a qualification in mental health. 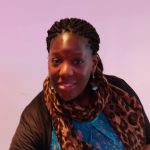 I’m a writer, blogger (you’ll find me at (www.overjoy1.wordpress.com), poet, singer, and mother to two wonderful children. I have written for Melaninandafros, Mental Health Music UK, Collective Calling Spain and have been a guest blogger for Claudine Reid MBE. As a youth practitioner, trained in mental health first aid, I have run varied music/writing workshops and helped young people build resilience and mental well-being via HeadStart’s creative workshops for young people. I am also the youth co-ordinator for Belvedere Baptist Church.

Starting work at the onset of the COVID–19 pandemic, I hope to adapt the well-being and recovery packs to target people isolated in their homes and continue the amazing work that Colette, my predecessor started, expanding W-rap’s outreach to get more young people involved in the project as both volunteers and service users.

I grew up in South-East London, local to Re-Instate. Since a teenager I’ve suffered with mental health problems so I understand the difficulties people may face. I’m generally a creative person so during my recovery I studied photography Level 3 Extended Diploma. Due to my difficulties dealing with people I couldn’t follow this through as a career, so I went into finance, which I still do. I first came into contact with Re-Instate when I had trouble coping with work due to my mental health. They were very supportive and understanding. It wasn’t until later on I got involved with them again by having the opportunity to assist with their photography learning group, followed by their film for the W-rap project 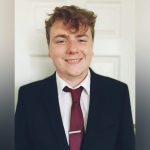 I have lived in the Bexley area since the age of eight. Two years ago, I started at Re-Instate as a trainee. I have got involved with everything that Re-Instate does and I am passionate about everything they do. I have had my own journey with mental ill-health – I have struggled with it particularly over the last ten years. I am currently completing an apprenticeship at Re-Instate that I started last year. I really enjoy a challenge and pushing myself.

I have lived in the Bexley area my whole life and have been aware of mental health and disabilities through my mum as she worked for Bexley Voice for ten years. I have many disabilities as well, like dyslexia and APD, but I never let them hold me back in what I want to do. I wanted to try and find a job in the IT industry as I have a big passion for computers, but I found it hard with my mental health. A short time after I found out about Re-Instate through my mum. I started to do the work courses back in 2018 and started an apprenticeship with them mid-2019.

We use cookies to ensure that we give you the best experience on our website. If you continue to use this site we will assume that you are happy with it.Ok